Let Us Guide Your Family Forward

Home > Our Firm > Arielle A. Spiridigliozzi 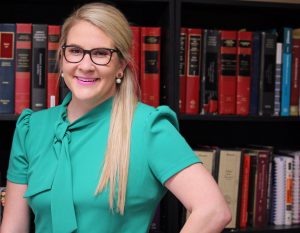 Arielle A. Spiridigliozzi received her Bachelors in General Studies at the University of Kansas where she majored in History and minored in U.S. Public Policy. During the course of her undergraduate career, in addition to her membership on the KU Women’s D-1 Rowing Team, Arielle interned at the Kansas Capitol for the Honorable Representative Barbara Ballard. Ms. Spiridigliozzi actively volunteered at the Robert J. Dole Institute of Politics and was repeatedly selected to serve the Dole Institute as a Counselor for the Youth Civic Leadership Institute.

Ms. Spiridigliozzi began working at Berkowitz Cook Gondring Driskell & Drobeck as a law clerk during law school and was offered an Associate Attorney position upon her licensure in the State of Missouri. Ms. Spiridigliozzi’s passion for family law and her empathy for individuals going through the pain of a divorce make her a valuable asset to the firm and its clients.